Where this study stemmed from

In today’s world of political correctness and permissiveness, the very word “abomination” is something that most people recoil from and completely reject. The industry I work in is very liberal, and I’m often placed in a position of needing to explain and defend my faith as tactfully as possible. Most people can wrap their heads around the fact that I don’t keep Christmas, don’t eat unclean meats, and keep a seventh-day Sabbath. But where their understanding stops is when it comes to homosexuality, because they believe that it’s bigotry or hatred on my part not to accept homosexuality as a completely natural thing.

There is a shaky line I have to walk in explaining that it has nothing to do with hating those people specifically, but that I also don’t get to pick and choose which commandments are valid within the things God says are wrong. I’ve had many people tell me that it was only considered wrong in the Old Testament, but that the New Testament doesn’t mention anything about it and Jesus did away with all that Old Testament hardline nonsense.

But the thing is, we know that Jesus didn’t do away with the Old Testament—only added to it or fulfilled some aspects (such as the need for the Levitical priesthood and physical sacrifices). And so quite some time back, I decided that I needed to do an in-depth study on what God considers abominations, so that I could confidently discuss the topic when asked.

The use of “abomination” in the Bible

It makes sense to start by finding out what things or actions God call an abomination. Interestingly, people often think about this as being mainly a hardline law/Pentateuch thing, and certainly there were a number of occurrences there. But it came as a surprise to me that the highest concentration of the word “abomination” appears to be in the book of Proverbs, in verses concerned with the heart and mind.

The words “abomination” and “abominable” are used over 170 times in the KJV and probably a similar number in the NKJV, though they tend to be used a less frequently in certain modern translations. While there’s only one Greek word translated this way, there are around five different Hebrew words. Three are from the same root word (shequets, shaqats, shiqquts) and mean roughly the same thing—filth, figuratively or literally an idolatrous object, detestable thing. These words are used when speaking of unclean animals, for instance, or often refer to pagan or idolatrous things in a more general sense. Two other words (ba ash and piggul piggul) are only translated abomination once or twice, but more often words like stank, loathsome, and abhor are used when translating them.

The most prominent word translated “abomination” is to ebah to ebah, and signifies that which is disgusting morally, an abhorrence.  It is used not only in the passages we expect (such as those on sexual sins or pagan rituals) but also passages in Proverbs and similar that speak to behaviors God finds detestable.

I started in my study by making a list of all the scriptures using a form of “abomination,” focusing on when God said something was an abomination to Him (excluding scriptures where he says something is an abomination to the Egyptians, for instance). This list can be grouped into three major categories—pagan gods or practices, improperly following God’s requirements, and behaviors or sins. Below is a fairly comprehensive (though not exhaustive) list to reference; in a few cases I transcribed the whole passage to give an idea of exactly how it’s being used.

Pagan Practices, Objects, or Gods – all words are to ebah to ebah:

Behaviors or Sins – all words used are to ebah to ebah:

It is interesting to note the word translated wicked, wickedness, froward, or depart (rasha). This word is used throughout many of the Proverbs verses concerning abominations, so it’s important to understand what it really means. At its most literal, the word means “to depart from the path,” whether on purpose or by becoming lost. It’s used 250 times in the bible, but the highest concentration (over 150 of those times) is in Psalms and Proverbs, which provide a guide to living a godly life. However, this word seems to imply not just wandering away on accident, but being intent on continuing in wrongdoing—having a hostility toward God and actively turning from His way. It’s no wonder that God calls this attitude an abomination, as it mirrors the rebellious attitude of Satan.

So, to summarize, there are a few common threads that run through this list of abominations:

What should we take away from this?

When looked at this way, it’s suddenly quite easy to see the same threads running through not only the Old Testament but the New Testament as well. The entire New Testament tells the story of Christ’s disciples trying to navigate their way through a pagan society, with the apostles warning them against allowing various cultural norms to creep into their worship (II Cor. 6:16, II Pet. 2:1, 10). Jesus’s teachings often focused on how we treat our fellow man, especially the poor and infirm (Matt. 15:3-11, Matt. 7:12), and the disciples’ teachings echoed this sentiment after His death (James 1:26, Phil. 2:1-4).

The new covenant, ratified with Jesus’s blood and expounded upon throughout the entire New Testament, is meant to help each of us stamp out wickedness and return us to God, and can only be kept by the giving of God’s spirit (Heb. 9:16, Rom. 8:14, I Cor. 2:12-14). Like those scriptures in Proverbs, the New Testament teachings rail against pride (Matt. 18:3-10), lying (John 8:44), sowing discord among brethren (all of Jude), and willfully turning from God’s way (Heb. 10:26-29).

In fact, most people would look at this list and think, “Treat others well, don’t sacrifice to idols, and don’t be wicked? Makes sense. Got it.” It’s the sexual sins that cause a ‘record scratch’ for most people.

Why does God put such emphasis on sexual sins?

Most people would ask whether sexual sins are really “that bad”—or even sins at all. The bible, however, is clear on that point. The Old Testament has dozens, if not hundreds, of scriptures commanding the Israelites to shun sexual promiscuity. To us today, the lists barring sexual sins can seem almost comical in their length and specificity. However, there were several reasons for this, and for God’s hardline stance on these sins.

The reasons go even deeper than just diverging from pagan practices, though. The moratorium on extramarital sex isn’t just a “because I said so” situation. From beginning to end of the bible, God frequently calls false religions or Israel turning to pagan worship as playing the harlot and committing adultery. Is this just an overly dramatic figure of speech used in the New Testament? On the contrary—these sins illustrate the root of how God views His relationship with His chosen people, not only in ancient Israel but under the new covenant as well.

When looked at on the surface, it’s true that the New Testament doesn’t have many scriptures specifically prohibiting individual sexual practices, though certainly Paul’s reprimands in Corinthians 5 and 6 address this topic (he states that “neither fornicators, nor idolaters, nor adulterers, nor homosexuals, nor sodomites…will inherit the kingdom of God”; I Cor. 6:9-10). But remember, we’re looking at threads here, at common themes throughout the entire bible. In the first few chapters of the bible when there is only one human being, God creates Eve as a helpmeet, defines and commands marriage between the man and the woman, and declares it good.

The Old Testament is the story of His covenant with a physical nation, and of their eventual downfall due to their inability to be faithful to Him. The New Testament is the story of His chosen bride, how He develops a relationship with her, commits Himself to her, and ultimately builds a family with her. Paul likens healthy husband-wife relationships to that of Christ and the church and tells them Christ loves, sanctifies, and cleanses the church, “that He might present her to Himself a glorious church, not having spot or wrinkle or any such thing, but that she should be holy and without blemish” (Eph. 6:22-27). A few verses later he reiterates the need for a husband and wife to become one flesh, then tells them that “this is a great mystery, but I speak concerning Christ and the church” (Eph. 6:32).

In the last few chapters of the book of Revelation, we see the long-awaited marriage of Christ and His bride, the church. John’s writings tell us, “Let us be glad and rejoice and give Him glory, for the marriage of the Lamb has come, and His wife has made herself ready. And to her it was granted to be arrayed in fine linen, clean and bright, for the fine linen is the righteous acts of the saints” (Rev. 19:8). After the thousand-year period is over and the heavens and earth are created anew, he describes the New Jerusalem “coming down out of heaven from God, prepared as a bride adorned for her husband” (Rev. 21:2).

In announcing the kingdom of God, he adds, “but the cowardly, unbelieving, abominable, murderers, sexually immoral, sorcerers, idolaters, and all liars shall have their part in the lake which burns with fire and brimstone, which is the second death” (Rev. 21:8). John continues to describe the glory of the New Jerusalem, and adds that “there shall by no means enter it anything that defiles, or causes an abomination or a lie, but only those who are written in the Lamb’s Book of Life” (Rev. 21:27). At the very end of the book, he pronounces a blessing on those who do His commandments, for they have the right to enter the city gates; “but outside are dogs [male prostitutes] and sorcerers and sexually immoral and murderers and idolaters, and whoever loves and practices a lie” (Rev. 22:15).

Does that sound like something God has softened on? The entire bible is the story of a marriage and the creation of a family. The book literally begins and ends with a marriage, and in the interim He defines for us what that means. He uses this relationship as the key symbol of His plan and His love for us. Is it any wonder that God calls any perversion or misuse of the marital relationship an “abomination”?

As much as people like to think otherwise, the bible is not a vindictive, capricious, or contradictory book. It is, rather, a cohesive, intricately-woven set of writings with many common threads running through from beginning to end. God does not change His mind or “go back on” His teachings—particularly not things He terms abominations. He is “the same yesterday, today, and forever” (Heb. 13:8).

In studying through all the things God calls abominations, I had to conclude that homosexuality—along with all other sexual sins, including sex before and outside of marriage—is clearly, strongly condemned throughout the entire bible. God sees it as an affront to His entire plan, the faithful marriage covenant He has offered His called and chosen people. Just as clear, though, is the fact that He equally hates attitudes and rebellious behaviors that lead us away from Him.

It’s easy to pick on things like homosexuality or adultery that might not be a particular sin that we have—but Jesus condemned lying, mistreating our fellow man, pride, envy, and hatred as well, showing that these thoughts and attitudes are as much a sin as our outward actions. My goal in this study was simply to better understand what the bible says about abominations in order to be more prepared to answer when asked about my beliefs. As with all things in the bible, what each of us then does with this information is ultimately up to us. 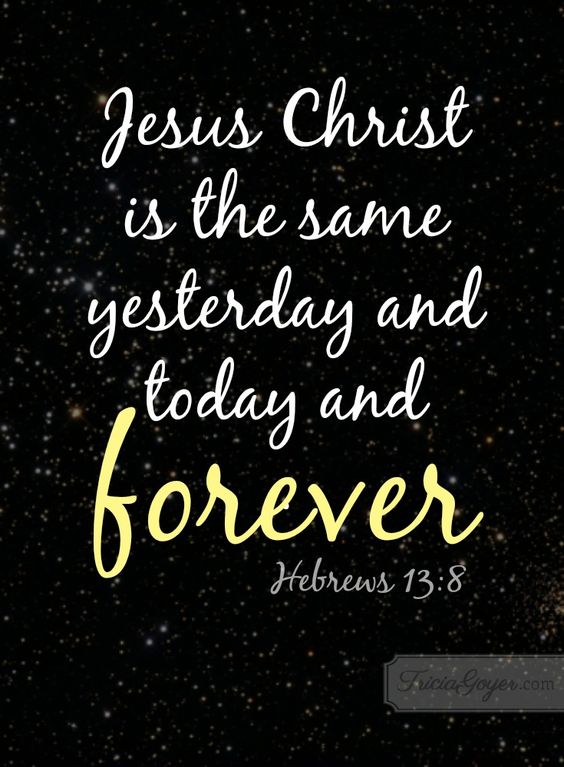