This is the first installment of a series titled “Who Is The Antichrist?”  Links to the remainder are at the bottom of this post. 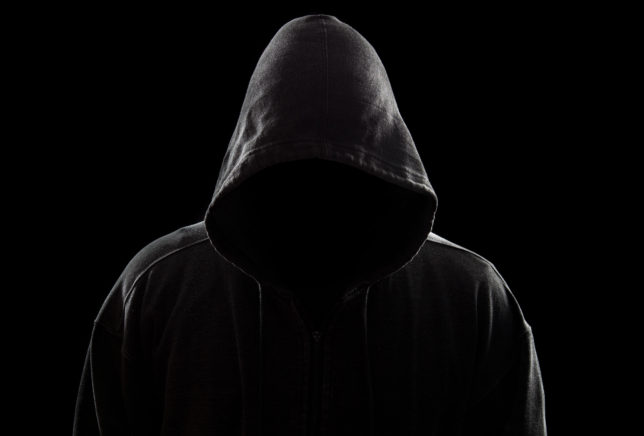 When I first came to Christianity, I couldn’t get enough of the Bible.  They call this “first love”.  In particular, I was very interested in Eschatology or the study of “the end times”.  I read and read.  I studied.  I watched videos on Youtube.  I did everything I could to learn more about “the end of days”, or “the end of the era”.

One Sabbath I decided to ask an Elder at my local congregation, a couple of questions about “the end times”.  His answers kind of puzzled me because he seemed to have many of the same beliefs as most in mainstream Christianity, which is rare for us, being Sabbath keepers.

At the end of our conversation, he concluded our talk by saying: “All that stuff is a LONG way off.  There’s no need to worry about that stuff now.  When you see the Two Witnesses preaching in Jerusalem…Then we should worry about the end.”

Now, this is a good man.  I respect him, and I respect his knowledge of the Bible.  But, that talk blew me away.  Not only did he agree with Mainstream Christendom, he also told me not to worry until the two witnesses were in Jerusalem.  It was almost as if he was telling me to not even study the end-time prophecies as they were so far off into the future that I needn’t even waste my time studying these things.  I don’t think that is what he was trying to communicate, but it FELT that way.

I found this to be very strange.  From everything that I had learned, identifying the “Antichrist” should be paramount to every Christian.  And, what about all of the things that were going to happen before the two witnesses came onto the scene?  And, what about Revelation 11 when speaking about the two witnesses, the angel describes Jerusalem as “…the great city—which is figuratively called Sodom and Egypt—where also our Lord was crucified.”  Wait!  This is a big deal.  Jerusalem is figuratively called Sodom and Egypt?!?

There just has to be so much more going on before the two witnesses come to Jerusalem.  And, I want to learn about that stuff.  Why?  So that if I see some of these things happening, I will know what’s going on.

“For false Christs and false prophets will arise and show great signs and wonders; so much so that, if it were possible, they would deceive even the elect” (ESV)

If one were to read that backward.  Could it not be said that:  Only the elect will not be lead astray, or fooled by the false christs?  Or perhaps put another way:  To be counted as the elect, “the first resurrection”, you cannot be fooled by antichrist and the false prophet.

Now, I know that Matthew 24:24 isn’t necessarily saying that.  And, I know my argument would only apply to the final generation, while I do believe that Messiah’s message was intended for all generations.  It is something to consider.

I would also point out, almost every generation since the death of The Christ has believed they were the last generation.  I get it.  Even the apostles seemed to believe they would be witness to the second coming of Messiah.

One doesn’t have to let their imagination go too far to empathize with the world war two generation in believing that Hitler was the Antichrist.  Hitler was well on his way to taking over the whole world.  All the while, preaching of a “master race”.   Now, that had to feel like the end to that generation.  I get that.

But, one generation is going to be correct.  One generation will see the end.  And, the Bible is filled with admonitions to “Be vigilant”, and “Be watchful”.  So, shouldn’t every generation be vigilant and watchful?  Well, I personally think so.

It’s estimated that one-third of the Bible is prophecy.  Of those prophetic scriptures, most fall into two categories—prophecies about the coming Messiah, and prophecies of the 2nd coming of Messiah, also called The End of the Age, The End Times, or The Great and Terrible Day of the LORD.

So apparently, God seems to think that studying the Last Days is important for us, as He dedicated so much of the Bible to this subject, knowing full well the end time prophecies would really only apply to one generation, the last generation.

How do we as Christians “Know ourselves”?   Well, we read our Bibles without prejudice, and like the Bereans, we consistently seek to prove all teachings with the word of God!

OK, So, how do we as Christians “Know our Enemy”?  The same Way!

But, to be honest, I don’t hear many speakers talking about prophecy anymore.  It seemed to be pretty common in World Wide for speakers to talk about prophesy and “the end times”.  But today, there is precious little talk of either.

Core Beliefs vs. The Scientific Approach

With that said – I want to share my personal approach to interpreting the Bible.  My approach is basically twofold:

By that I mean: These beliefs are not set in stone.  I try to always be open and willing to listen to and consider new interpretations to non-core beliefs.  If someone presents a new theory, I consider it, I analyze it, I pray on it, and if it passes these tests, and appears to be “better” or “closer to the truth”…Then, it becomes my belief….UNTIL a new/better theory is brought to light.

And, that is how I have come to approach all eschatology.

So, please do your own analysis and research of the information presented in this study, and know – This is critical – EVERYTHING put forth in this study is just my OPINION!

I would now like to take a few minutes to define a couple of things:

The Antichrist is a European…right?  His name is Carpathia, and he rides in a jet that has the number 217 on it.  Before his rise to power, millions of Christians will be whisked away in the twinkling of an eye in the “secret” pre-Tribulation rapture…right?  After all, that is what the great Tim LaHaye wrote in his hugely popular book series: “Left Behind”.  So, that just has to be the way it happens.  So many modern “scholars” agree with this set of theories, they almost have to be correct…right?

Most of us in the Sabbath/Feast Day community of course don’t agree with all of these assertions.  In fact, the pre-trib rapture thesis has almost taken on a stigma in our communities, an unhealthy stigma in my opinion.  We should keep an open mind.  Now, do I believe in the pre-trib rapture as it is presented by LaHaye and so many others?  No.

But, it is an undeniable fact that our community – the Sabbath and Feast Day keeping communities – still hold tight to many of the assertions and interpretations put forth by Herbert W. Armstrong, and other leaders of the former Worldwide Church of God.  Just as most mainstream Christians hold onto LaHayes’ theories as if they are facts, we hold onto many of the Armstong’s theories as if they are fact.

(Brief side note – For all of you out there who, like myself, are tired of hearing about Worldwide and the Armstrongs…this will be brief…I assure you.)

Mr. Armstrong and the WWCoG brought forth many wonderful teachings and theories.  Many of which I hold in my aforementioned “Core” beliefs.  In fairness, and in truth, it should be noted that several beliefs and interpretations of Worldwide have been dis-proven and removed from our community.  As well they should if we are being as the Bereans and testing everything.  After all, Mr. Armstrong was just a man.  He brought us so far, but it is up to us to pick up the ball and continue to carry it forward.

Unfortunately, I personally don’t see much of that going on today in our community.  I see elders holding onto 20-, 30-, 40-year-old beliefs as tightly as they can.  They seem to be unwilling to test and retest these beliefs.  They hold onto these beliefs like a mainstreamer holds onto Christmas.  They’re unwilling to even listen to new theories.

Simply put:  They have allowed theories into their “Core beliefs” that should not be there.

With that said, I would like to request that those of you reading these words will give an ear and an open mind to the information presented.  The purpose of this presentation is not to change your minds, or to get you to agree with my beliefs.  Rather, my purpose is to present my thesis in such a way that encourages the viewer to research and consider these theories for themselves.  I pray that these new theories will NEVER be put into your core beliefs.  They don’t belong there.

Here’s a brief outline of what I am going to cover in the upcoming posts of this series on the Antichrist:

Until next time.  Be a Berean, and wear out those Bibles.

Other posts in this series:

The Signs of Spiritual Erosion