What does the bible mean by “kicking against the pricks”?

“The words of the wise are like goads, and the words of scholars are like well-driven nails, given by one Shepherd” (Eccl. 12:11)

Have you ever had one of those weeks, or months or even years, where you feel like nothing is going the way you want it to? It seems like getting anything to go your way is such a struggle, that you’re walking into the wind or swimming against the current. I think we’ve all been there, and it’s easy to wonder at the reason. It may very well just be that you’re having a bad week, a string of mishaps all coming at once, or that you’re simply going through trials for a purpose. There’s another possibility we should all consider during this sort of experience, though—that we’re resisting God’s will. The apostle Paul tells the story of his conversion a few times in Acts. After seeing the blinding light, he said, “And when we all had fallen to the ground, I heard a voice speaking to me and saying in the Hebrew language, ‘Saul, Saul, why are you persecuting Me? It is hard for you to kick against the pricks’” (Acts 26:14).

To us, this is kind of an odd statement, but it was a well-known proverb in Paul’s time. A prick (or goad, as it’s translated in the NKJV) can be any sharp point that pierces or stings but is generally known as the ox goad, a heavy, sharp piece of iron used to drive oxen. A stubborn and unyielding ox would kick against the goad, driving the instrument in deeper and hurting no one but himself.

When a person is kicking against the pricks and resisting God’s will, it is not necessarily out of a place of hostile rebellion. Take Paul/Saul, for instance. He was following his path of persecuting Christ’s disciples because he believed they were perverting Judaism (the faith of God’s true people), and leading people astray. His actions were executed through righteous zeal. That didn’t make them right. We often see this in the church, when people decide one particular idea or doctrine is right, and blaze a path of destruction through brethren trying to convince them of the same. Goads are used on oxen to stimulate action, urge onward, or steer in the right direction, as well as to prevent them from going the wrong way, and God has a variety of tactics at His disposal to do the same. When someone tries to forge their own path away from God’s will, God will often try and nudge them back in the right direction; when they’re sitting still in a place of apathy or stagnation, He may prod them into picking up the yoke and moving forward.

Read next: A Practical Approach to Worry & Anxiety in the Bible

How does stubbornness hurt us?

So why does God do this?  Is it because He’s a control freak or petty and egomaniacal?  That He has to just get His way?  Of course not.  He guides us down certain paths because He knows they’re what’s best for us, what we need to do in order to build godly character and ultimately be a member of the God family.  Moses communicates this to Israel in the desert, saying, “And now, Israel, what does the Lord your God require of you, but to fear the Lord your God, to walk in all His ways and to love Him, to serve the Lord your God with all your heart and with all your soul, and to keep the commandments of the Lord and His statutes which I command you today for your good?…Therefore circumcise the foreskin of your heart, and be stiff-necked no longer” (Deut. 10:12-16).  He says later in Deuteronomy that in the future He would circumcise their hearts “to love the Lord your God with all your heart and all your soul, that you may live” (Deut. 30:5).

This command to circumcise the heart tied the physical covenant He had at that time with Israel to the future covenant He would have with spiritual Israel through the sacrifice of Jesus Christ.  The foreskin of the heart was a symbol of their carnal nature, their stubborn clinging to the world as the solution to their problems.  A converted disciple must have that carnal piece of themselves cut away and completely removed.  In our society, stubbornness is often seen as a sometimes-charming, sometimes-frustrating personality trait, something that’s an unchangeable part of a person’s character.  But God makes His feelings on stubbornness quite clear.  He frequently called Israel stubborn and rebellious (Hos. 4:16, Ps. 78:8, Jer. 5:23, and Ezek. 2:4, just to name a few) and tells us that “stubbornness is as iniquity and idolatry”—in other words, it’s not simply a little personality quirk (I Sam. 15:23).  Finally, He says, “My people would not heed My voice, and Israel would have none of Me. So I gave them over to their own stubborn heart, to walk in their own counsels” (Ps. 81:11-12). God will not always keep pushing and prodding if we refuse to follow Him.  Israel’s unfaithfulness and unwillingness to yield were ultimately her downfall.

We, too, will usually struggle when we try to forge our own path apart from God’s will.  The Proverbs tell us that “harsh discipline is for him who forsakes the way,” and “the way of transgressors is hard” (Prov. 15:10, 13:15).  In other words, when you’re banging your head against a wall, generally you’re just hurting yourself.  And Paul tells us that if we continue pulling in our own direction away from God, it will have long-term consequences. He says, “In accordance with your hardness and your impenitent [NIV says ‘stubbornness and unrepentant’] heart you are treasuring up for yourself wrath in the day of wrath and revelation of the righteous judgment of God” (Rom. 2:5).

We all do this from time to time, when God has a particular path in mind for us but we’re so sure we need to go a certain way.  The bible uses a variety of descriptions for this attitude—stubborn, stiff-necked, hard-hearted, rebellious, stiff-hearted, obstinate, unwilling to yield.  These qualities are often used metaphorically for cows or oxen, but as disciples of Christ we are told to be trusting, submissive lambs following after our Shepherd (Hos. 4:16, Is. 40:11, John 10:14).  The opposite of stubbornness is submission, a willingness to be led by God.  He says “I am the Lord your God…who leads you by the way you should go” (Is. 48:17).  In Proverbs we’re told to “trust in the Lord with all your heart, and lean not on your own understanding; in all your ways acknowledge Him, and He shall direct your paths” (Prov. 3:5-6).  As I mentioned in a previous study on that verse, the meaning of “He will direct your paths” is to cause them to be straight and even, pleasant and prosperous. That doesn’t mean that nothing in life will ever go wrong, but rather that even the bad things will be bearable because God is sharing the load with you and you know He has an amazing reward planned for you.

When you get the feeling that nothing is going your way, it may be choices you’re making in your job, whom you choose to date, financial decisions, faith, or something else.  Examine whether these choices leading you in the right direction.  When we’re having a bad day or are frustrated that nothing seems to be going right, it’s wise to pause and reflect—are we, too, kicking against the goads?

Read next:  “In All Your Ways Acknowledge Him”: What Does It Mean? 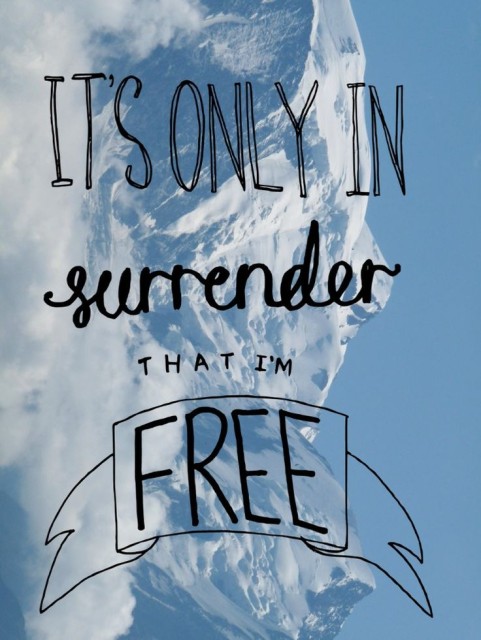