A while back I was reading “The Immortal Life of Henrietta Lacks”, a non-fiction book about a particular moment in the history of medical ethics, scientific discovery, and race.  I ran across this sentence and for whatever reason it stuck in the back of my mind.

“Viruses reproduce by injecting bits of their genetic material into a living cell, essentially reprogramming the cell so it reproduces the virus instead of itself.” ~ The Immortal Life of Henrietta Lacks

A picture of Satan trying to do exactly that came to mind, and the more I thought on it, a virus seemed to be a fairly apt analogy to sin’s effect on us.  But once I started researching it a little more, I found that the analogy of sin as a virus was way closer than I originally thought.  So this study explores some of those shared characteristics.

There are two things that probably need stated before we dig in here:  I am not a scientist, and this analogy is not perfect.  All analogies start to fall apart when you dig *too* deeply regardless, but since I’m not a scientist that may be especially true here.

The other thing that feels like it must be stated is that, unlike actual viruses which attack us through no fault of our own, we are complicit when it comes to sin.  It is our hearts that are “desperately wicked” (Jer. 17:9; Prov. 14:12).  So though Satan certainly attacks us and helps us along, we should not read this analogy as one in which we play a passive victim role.

Regardless, I think this is interesting and valuable food for thought.

The analogy of sin as a virus

“…through one man sin entered the world, and death through sin, and thus death spread to all men” (Rom. 5:12)

It’s important to understand a few things about viruses that start to give our analogy to Satan and sin greater depth.

Viruses come in all shapes and sizes, from the common cold to HIV.  The viruses themselves are all invisible, but with some it’s easy to see and diagnose the symptoms, and with others the host is a silent carrier with no outward symptoms.

Similarly, sins and their consequences take many different forms.  Some are overt and public (murder, theft), but more often they are not readily apparent to us or the people around us.  Many are subtle…a bit of anger, some work gossip to pass the time, too much time and attention spent on material things.  But when left alone, they continue to multiply…like the “little leaven that leavens the whole lump” (I Cor. 5:6).

Regardless of whether we know they’re there, viruses spread rapidly if left unchecked, and compromise the body’s ability to fight off other sicknesses—they weaken us.

Because sins and their consequences aren’t often visible to other people—or even more importantly, to ourselves—they also spread quickly if left unchecked, and do a lot of damage physically, mentally, and spiritually.  Ultimately, they lead to spiritual death (James 1:15).  Paul also connects the impact of sins with both physical and spiritual sickness in his writings to the Corinthians (I Cor. 11:30).

Depending on the virus, it can spread through the air.  Sin also can spread through thoughts—in fact, Satan is called the “prince of the power of the air” (Eph. 2:2).  Rarely does he attack head-on, because it’s easier to see and defend.  Close or repeated contact is another way sins can spread, as thoughts or actions which might have seemed abhorrent originally start to seem normal over time.

In general, we can’t cure viruses…you can treat the symptoms, but medicine can’t eliminate the virus itself.  Humans are also incapable of defeating sin.  Only God is able to do that, and He accomplished it through the sacrifice of a sinless being, His Son.

So as you can see, there are some strong connections between the qualities of physical viruses and how Satan and sin impact our lives.   And then there’s the last part, from our original quote.

A virus effectively hijacks a cell, injects a bit of itself in there, and reprograms it to reproduce the virus rather than the cell’s usually healthy self—without the cell realizing what it’s doing, and ultimately leading to the cell’s death.  It takes over and warps the host, bit by bit, without the host recognizing that it is changing.

When you first read the sentence about how viruses reprogram the cells to reproduce it, a natural reaction might be, “Well, isn’t that what God and Christ do as well??”  Let’s actually look at that a little closer and see if that’s accurate.

Being remade in the image of God

In his letter to the Romans, the apostle Paul wrote:

“I beseech you therefore, brethren…that you present your bodies a living sacrifice, holy, acceptable to God…and do not be conformed to this world but be transformed by the renewing of your mind” (Rom. 12:1-2)

That word translated “transformed” is metamorphoo (G3339; and woo, Latin I can actually recognize!).  It is the word that today we call metamorphosis.  An example would be when a caterpillar becomes a butterfly—it is completely transformed and the new creature is unrecognizable as the old.

Paul continues this theme in his second letter to the Corinthians:

“We all, with unveiled face, beholding as in a mirror the glory of the Lord, are being transformed [also metamorphoo] into the same image from glory to glory, just as by the spirit of the Lord” (II Cor. 3:18).

He fleshes out this topic throughout several of his letters, talking about what this transformation involves:

The Greek phrase translated “new creation” above is kainos ktisis (G2537+G2937), a compound that indicates a new creature altogether, a fresh formation.  It brings nothing of the previous with it.

What Paul is consistently reiterating is that, if God is working in us, we are not merely having tiny bits of ourselves reprogrammed.  To come into covenant with God, we must repent and be baptized—and in that “watery grave”, our old carnal self dies.  It’s destroyed.  When we come out of the water, we are an entirely new creation, free from sin and with the gift of God’s spirit to continue the process of becoming more like Him.

In the passage at the beginning of this section (Romans 12:1-2), Paul calls for a transformation “by the renewing of your mind”.  That word “renewing” is the Greek anakainosis (G342), which evokes a renovation.  Renovation is not a gentle process…it’s messy and loud and a lot gets demolished.

In other words, God does not want to reprogram us bit by bit.  He doesn’t want to remodel us, paint a few rooms, and give the outside a good power wash.  He wants to tear the entire house down, raze the foundation, and build a new house entirely from scratch—from a new and different foundation.

Mainstream Christian churches would have us believe that God wants us “just as we are”.  But that’s not true.  Yes, God calls people just as we are right this minute, but He makes it very clear that He expects us to change—dramatically.

We are to become “a new lump”, having purged out the old leaven (I Cor. 5:6-8).  This statement is kind of weird to us modern folk, but to the Israelites this made perfect sense.  When the Days of Unleavened Bread came around, they had to completely discard their old leavened lumps (kind of like a sourdough starter) and start completely fresh with a brand-new one.  And as this study on unleavened bread notes, purging is not a gentle process.

The process we call conversion involves repentance, coupled with forgiveness through Jesus Christ’s sacrifice and adoption into the family of God through the gift of His holy spirit.

That repentance is the only piece in that puzzle that we have an active hand in and are tasked with, but it’s also one we tend to gloss over.  People tend to think of repentance as a just saying they’re sorry or feeling bad, and maybe committing to do better.

The word translated as “repent” or “repentance” throughout the New Testament is metanoia (G3341).  And what the word actually implies is a radical transformation of the entire person.   It’s a complete reversal from the previous state, what Merriam-Webster calls “a transformative change of heart”.

What is this transformation supposed to be producing in us?

When asked why He was spending time with the tax collectors and sinners, Jesus replied “Those who are healthy have no need of a physician, but rather those who are sick” (Luke 5:31).  Every single human on this earth has been being attacked and compromised by a spiritual virus.  Silently and incrementally, Satan uses sin to weaken, mutate, and eventually destroy us.

For those who have been called to live God’s way in this current age, there is a cure:

“If indeed you have heard Him and have been taught by Him…that you put off, concerning your former conduct, the old man which grows corrupt according to the deceitful lusts, and be renewed in the spirit of your mind, and that you put on the new man which was created according to God, in true righteousness and holiness” (Ephesians 4:21-24) 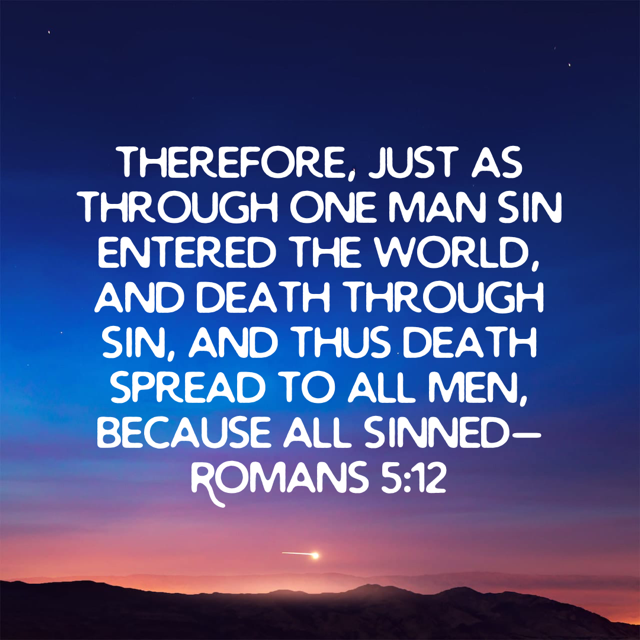