What first comes to mind when you think of humility?

Is it a dejected stance?  Minimizing your role in something?  Or maybe a timid attitude, avoiding eye contact and feeling inferior?

In today’s self-obsessed society, humility gets a bad rap.  And that’s partially just due to the nature of the society we live in, but it’s also because humility is deeply misunderstood.

I’d never given this topic particular thought until I landed on this devotional in my bible app, and something clicked for me.

“Have you ever been humbled by nature? Have you ever walked through a field of tulips or watched a sunset and been reminded of how incredibly awesome God is and how small you are by comparison?  It’s humbling.  The Hebrew word anavah is what we translate as “humility”, but the literal definition of anavah is to occupy your God-given space in the world—not to overestimate yourself or your abilities, and to not underestimate them either.” (quoted from the devotional on YouVersion/Bible.com)

This really brought humility to life in a way that I’d never considered before, and caused me to want to dig even further into humility in the bible.  Note, the original devotion uses “avanah”, but throughout my research I can only find it spelled “anavah” from the root anav, so that’s what I’m using throughout this study because I think it was just a typo.

There are several Hebrew words that can be translated as “humble” or “humility”.  This one comes from the root anav, which denotes a condition of character—depending on God due to internal, spiritual orientation rather than external factors.  The root of this word also indicates that relying on God is a choice, not merely because you physically have to.

Humility and meekness are closely related, but I’m not getting into meekness here because it’s a big study in its own right, and one I intend on doing.  They come from the same root word and the two are sometimes used interchangeably in the bible, but there are some nuances in meaning that are worth exploring.  To my mind, meekness is more expressed toward others, whereas humility is more inward—how you think about and see yourself.  But they’re two sides of the same coin.

Humility in the bible

As is always the truth, we can learn a lot about the word itself and God’s attitude toward humility (and anavah in particular) by looking at how it’s used in the holy scriptures.

Anavah (H6038) is strongly associated with the fear of the Lord throughout the Old Testament, and seen as something that comes from wisdom and leads to honor.

There are two verses in the Old Testament where anavah is used as a descriptor of God’s actions and is translated “gentleness” in KJV—which, if you take the interpretation of “to occupy your God-given space” that feels appropriate since any interaction between God and mankind requires gentleness on His part due to the disparity in power and knowledge.

We’re also shown that humility is something we should actively seek and develop.  The prophet Zephaniah states, “Seek the Lord, all you meek of the earth, who have upheld His justice. Seek righteousness, seek humility” (Zeph. 2:3).

Micah gives us a clear picture of God’s expectations for His people, saying, “He has shown you, O man, what is good; and what does the Lord require of you but to do justly, to love mercy, and to walk humbly with your God” (Mic. 6:8).  While the word translated “humbly” here is different (tsana, not anavah), the idea is the same.

How we should be applying anavah in our lives

Thinking about and applying humility is meant to teach us about ourselves and how we think about our place in the world.  It is a way of teaching us about God and our relationship with Him as well.

Moses tells the Israelites that God led them through the wilderness and cared for them for forty years “to humble you and test you, to know what was in your heart, whether you would keep His commandments” (Deut. 8:2).

God describes the process of allowing them to hunger and then feeding them with manna as designed to humble them and help them understand their place—their inadequacy and God’s omnipotence and care for them.

The Tower of Babel is a macro example of having a distorted perception of your place in the world.  The people wanted to build a tower that reached heaven, allowing them (in their mind, at least) to approach God on their self-serving terms as though they were equals (Gen. 11:4-9).

A more micro example is in Genesis 4, which starts with Eve giving birth to Cain and saying “I have created (qanah) a man”.  The nuances here are easy to miss in the text, but after being banished from the Garden she is basically putting herself on par with God in her ability to create a human being and give life.

After Cain’s murder of Abel and subsequent banishment, the chapter ends with her giving birth to Seth and saying “I have received this from the Lord”.  Her view of herself and her capabilities had been adjusted through her experiences, and she shows a more humble attitude toward God.

King Saul is another cautionary tale about this quality of anavah, or humility in the bible.  When the prophet Samuel first came to anoint him as king, Saul protested that he was least in his father’s house, which was least in the tribes of Israel.  Fast forward a few years and Saul found himself justifying why he had to disobey God’s direct commands.

Samuel laments how Saul’s inward orientation had shifted away from God and toward himself, saying, “When you were little in your own eyes, were you not head of the tribes of Israel?” (I Sam. 15:17).  From this day forward, God rejected Saul and his line as king, though He did not physically remove him from kingship for many more years.

This should be a sobering reminder to us, both the need to remain “little in our own eyes”, but also that we may not immediately see consequences if we begin losing our humility—it’s not like God automatically zings us.  We need to be examining our heart and motives on an ongoing basis, and asking God to show us where we’re falling short in this area.

Remember at the start of this section we talked about God using the Israelites’ hunger and the manna He provided to highlight their own inadequacy and God’s omnipotence and care for them.  That’s really what this is about, for us today as well.

But we are meant to understand the flip side of our inadequacy, and that is the amazing blessings and future that God has designed for us.  He has created an entire plan to eventually bring all of humanity into His family.  It is insane and mind-blowing if you stop and think about it for a minute.  King David meditated on this very idea:

“When I consider Your heavens, the work of Your fingers, the moon and the stars, which You have ordained.  What is man, that you are mindful of him, and the son of man that You visit him?…You have made him to have dominion over the works of Your hands; You have put all things under his feet” (Ps. 8:3-4, 6)

Why is this important?  In misunderstanding the concept of humility, we misunderstand God and how He wants us to view ourselves and our relationship with Him and the world around us.

Jewish rabbinic tradition teaches that humility should lead to joy, courage, and inner dignity.  It’s not about thinking poorly of ourselves, but rather in seeing ourselves and our place in the world clearly.  It’s about balance.  A Hasidic teaching illustrates this balance:

We are dust and ashes, grass that flowers one day and is thrown in the furnace the next.  We are “the weak and foolish of the world” (I Cor. 1:27).  And we are children of the living omnipotent God, His firstfruits who will become a kingdom of priests (Rev. 5:10).

He has given each of us gifts to use, for us to use to better ourselves and for others.  And He has given us weaknesses and trials intended to humble us and teach us to depend on Him.  We should give continued focus on occupying the space God has created for us in this current world, but also the world to come.

Other topic studies you may enjoy: 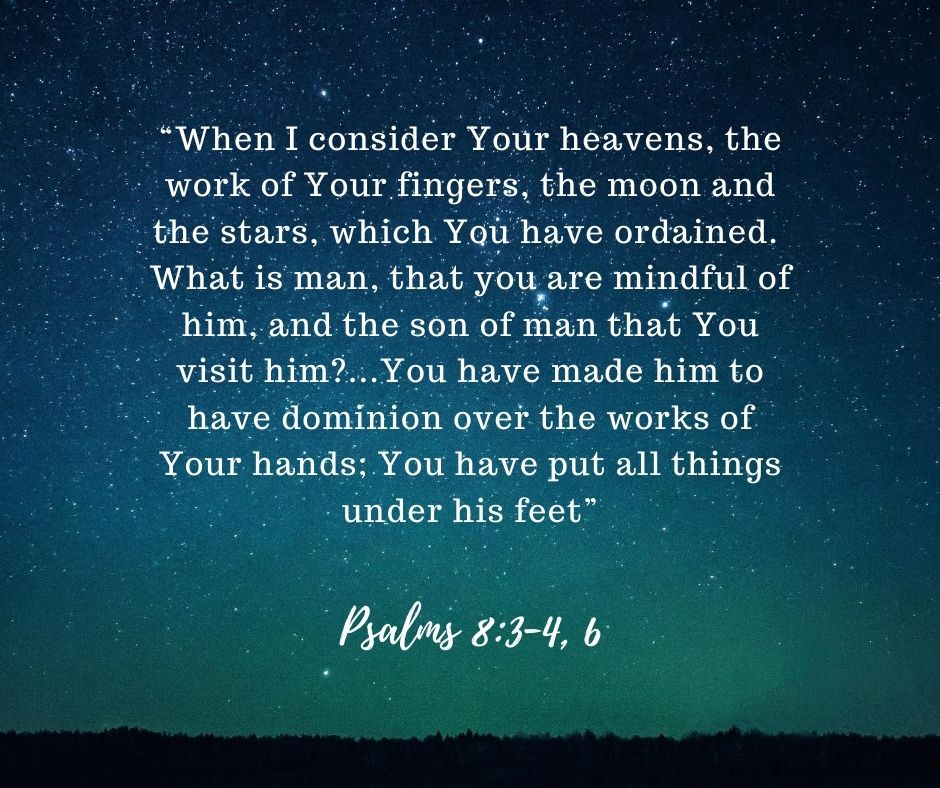 Themes From the Book of Lamentations for the Fall Holy Days